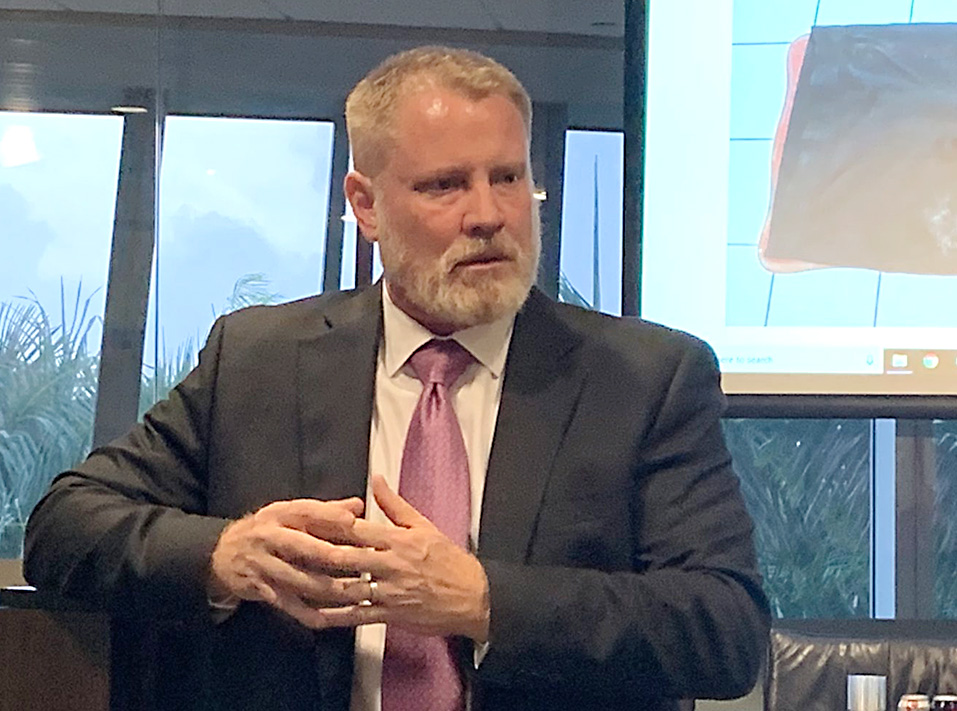 William McAfee, Esq. is an experienced trial lawyer who has been helping those who have been injured obtain justice since the late 1980s. His career spans a broad range of litigation that includes cases against drunk drivers, trucking companies, insurance companies, auto manufacturers, doctors who don’t follow the rules, distracted drivers, businesses that don’t make the right safety choices, manufacturers of defective products, and those who have failed to provide adequate security.

As a result of his courtroom successes, he has collected tens of millions of dollars for his clients. In 1997, Mr. McAfee successfully obtained a verdict for a seriously injured young girl in the amount of $10,352,000. Various aspects of the case were argued all the way to the Florida Supreme Court. During this several-year legal odyssey, Mr. McAfee persevered and won at every level. That case was Mr. McAfee’s first multi-million dollar verdict. His last one was in April of 2019 against a corporation that chose not to remedy an unsafe walkway.

Over the years, Mr. McAfee has been invited to speak to lawyers all over the country. A sampling of topics he has lectured on include trial tactics, discovery methods, representing crime victims, post-traumatic stress disorder, and how to successfully sue insurance companies. Mr. McAfee has lectured to members of national and statewide legal groups in such places as Washington, D.C., Canada, Kentucky, Arkansas, and Florida.

William McAfee, Esq. has received the highest distinction of an AV® rated attorney by Martindale-Hubbell, which recognizes Mr. McAfee as possessing “Very High-Preeminent” legal ability with “Very High” ethical standards. Additionally, he is a member of the prestigious Multi-Million Dollar Advocates Forum, whose membership is limited to trial lawyers who have achieved a trial verdict or settlement in the amount of $2 million or more. Further, he has been recognized by Best Lawyers.