Committed to our Communities

Servicing clients nationwide. Our attorneys work tirelessly to get you everything you deserve.

Whether you are seeking compensation after an accident, looking to file a class action lawsuit, or navigating a business dispute, we are committed to providing outstanding legal services to our clients. Berman Law Group provides a range of legal services throughout Florida, as well as in California, Washington, D.C. and the rest of the United States. We understand the issues that many of our clients face throughout the course of their case. Our experienced and persistent attorneys are here to obtain the best results for you.

Mr. Berman focuses on civil litigation and catastrophic claims. He has successfully represented thousands of clients recovering on their behalf over $250,000,000.

Dedicated to making sure his clients are compensated for their injuries, Joseph is a results-oriented attorney who attended the University of Florida and St. Thomas University School of Law.

The initial consultation with our attorneys is always free. Regardless of the complexity of your situation, we have the experience and skill needed to resolve it favorably. 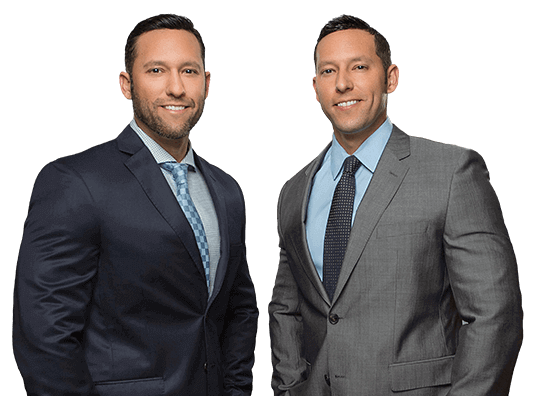 WHAT MAKES US DIFFERENT

We are committed to making ourselves available to our clients 24/7 - by phone, email & text message.

We are proud to be among the 1% of U.S. lawyers who are members of this distinguished Multi-Million Dollar Advocates Forum.

We have won an extensive number of verdicts and settlements and have recovered billions for our clients.

We offer free consultations & will not charge a fee unless we recover compensation for you.

OUR APP FOR YOUR CONVENIENCE

When you need an attorney, you need one that gets real results.

Zach West out of Gainesville, Fl Cares. He will go out of his way to take care of all of your needs. He will make emergency runs to make sure you are ok. Call Zach if you need an honest attorney!

I was in a car accident December 11th 2015 and turned to Berman and Berman and Attorney Zachary West. They represented me and settled my case swiftly. I would like to also mention that my paralegal Tara Williams did an awesome job. Everything was done to a "T" and swiftly. I couldn't be more pleased. Thank you The Berman Law Group!"

Getting into my first accident was very frightening and panic-driven. However, Zach, Tara & Gretta were very helpful. They kept me informed every step of the way & did everything they could to resolve my case. The entire staff was nothing short of amazing. I would recommend this law firm to anyone.

Having them work on my case made it so much easier for me. They did everything for me, kept in touch with me, kept me posted at every moment. I will say I had great service with them and the staff was great. Thank for all the help and for solving my situation.

Everyone at the Berman Law Group was so nice and helpful from the moment I reached out to them for help after my unfortunate accident. There was always someone to return my calls or my emails. I was always kept informed about my case. A special thank you to Maria G Rios who is an amazing paralegal. She was always available to talk and always ready to answer any questions I had. Responded to emails and voicemails in a timely manner which was always appreciated. This law group knows what they are doing and will fight for you until the very end. Thank you guys, you all are awesome!

B. J.
Previous Next

Our blog articles offer insight and a look inside the minds of our attorneys.

If you’re injured in a slip and fall, that’s serious business. You may need a qualified personal injury attorney specializing in Florida’s slip and fall laws to help you make things right.

Prior amendment contained an overstatement of pollutant quantities due to an inadvertent formula error in the model used by Plaintiffs’ expert, but corrected amendment does not change the assertion that sugarcane growers use an archaic and environmentally damaging method of harvest that contaminates entire communities along the southern and southeastern shore of Lake Okeechobee September […]